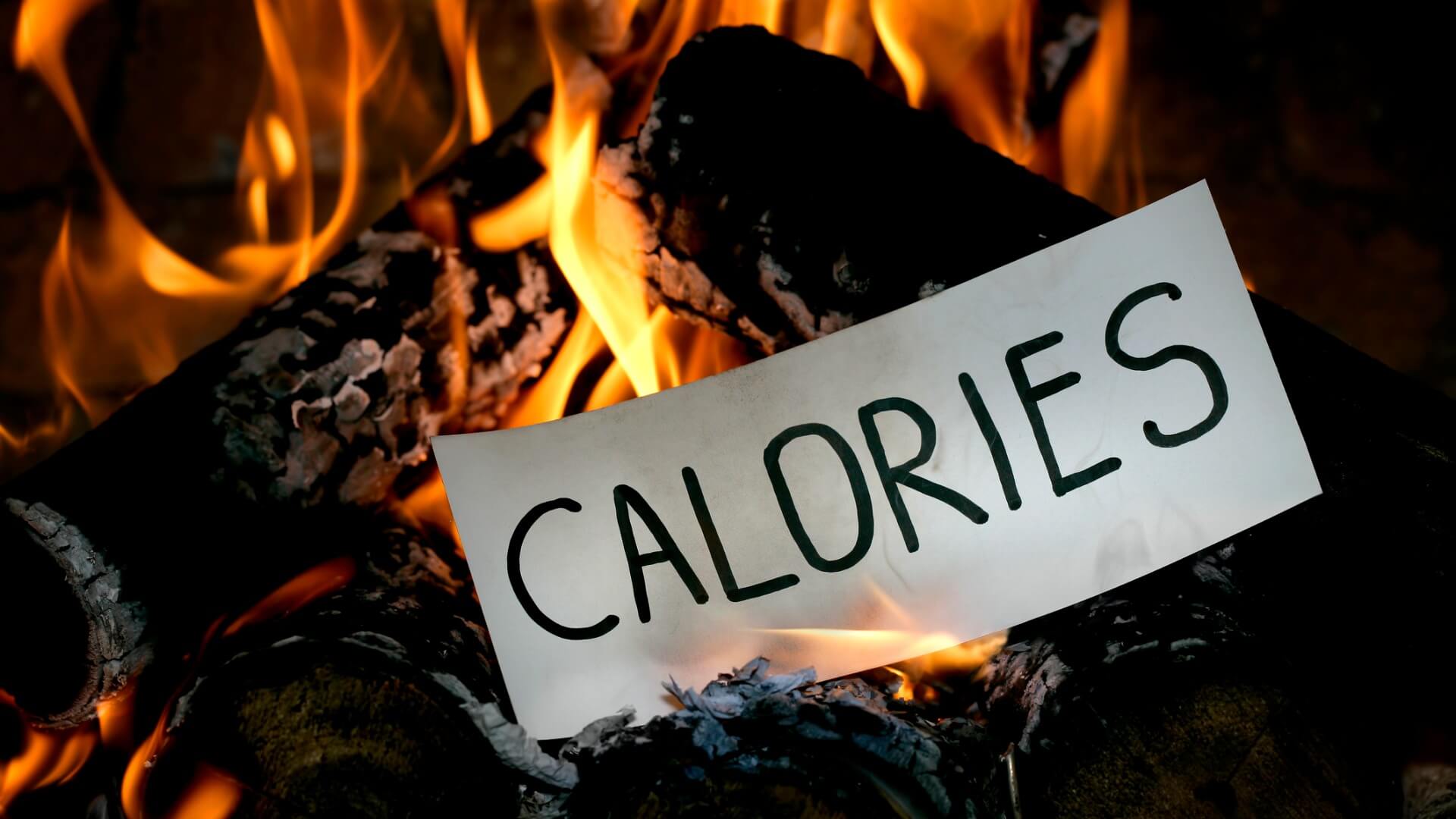 This trait looks at “metabolic efficiency” – a measure of how effectively your body converts chemical energy from food into chemical energy that can be used by cells for all the processes key to survival.

People described as having a “fast metabolism” actually have an “inefficient metabolism” – they ‘waste’ more chemical energy from food (or calories) as heat energy.

Thermogenesis, the process by which our bodies generate heat energy, therefore plays an important role in our overall energy balance and risk of weight gain. It also plays a role in keeping us warm and the genes underlying non-shivering thermogenesis, such as UCP1, likely gave our ancestors a survival advantage in cold environments.

Why do we need to regulate body temperature?

Humans, like other warm-blooded mammals, need to maintain a fairly stable body temperature in order to survive.

As a result of these constraints, we have evolved several different mechanisms to keep body temperature at an optimal level (around 37C).

For example, when we become too hot, our sweat glands release sweat. As sweat evaporates from the surface of our skin, it cools our body, helping to restore body temperature back to normal.

When we become too cold, hairs on our skin stand up (i.e. we get “goosebumps”), trapping a layer of air that insulates us and helps to keep us warm. Both sweating and goosebumps are examples of thermoregulation – the process by which we maintain body temperature within a narrow range (typically between 36 and 38 degrees).

Thermoregulation itself is an example of a broader process in biology called homeostasis: - an organism’s maintenance of a constant internal environment.

How do we increase body temperature when it’s too cold?

When our body temperature drops, there are several ways by which we can warm up again. We’ve already mentioned “goosebumps”, whereby our hairs trap air from the environment to insulate us.

Our bodies can also generate their own heat energy. This is known as thermogenesis.

Thermogenesis is possible because metabolic reactions in our body (such as those in cell respiration, digestion and muscle contraction) are not 100% efficient - they generate heat energy as a by-product.

If you can remember your high-school physics lessons, you may remember the first law of thermodynamics. According to this law: energy cannot be created or destroyed; it can merely be converted from one form into another. Muscle contraction also generates lots of heat energy. During muscle contraction, the chemical energy in ATP is converted into kinetic energy as our muscle fibers shorten. As part of this process, ATP is broken down by the enzyme myosin ATPase into ADP and phosphate. This chemical reaction produces a large amount of heat.

Incidentally, it’s for this reason that we get hot during exercise as lots of muscles contract. In fact, studies suggest that, compared to resting, our bodies produce 15-20 times more heat energy during exercise.

Working on the principle that metabolic reactions convert chemical energy into heat energy, there are two main types of thermogenesis:

Shivering involves rapid, repeated contractions of our skeletal muscles. As explained above, the breakdown of ATP during muscle contraction generates heat energy.

In humans and other mammals, this largely involves diverting or “uncoupling” cell respiration to generate heat energy at the expense of generating ATP. Another way of looking it is to say that non-shivering thermogenesis makes cell respiration less efficient – a greater proportion of chemical energy is converted or ‘lost’ as heat energy.

Generally speaking, people with a lower metabolic efficiency have a higher rate of non-shivering thermogenesis and lose more energy from respiration as heat.

Conversely, people with a higher metabolic efficiency have a lower rate of non-shivering thermogenesis, and lose less energy as heat.

Which tissues are responsible for non-shivering thermogenesis?

Lots of mammals, including humans, carry a special kind of fat tissue called - brown adipose tissue (BAT). This fat tissue plays a key role in generating heat energy to keep us warm. The cells of BAT, called “brown adipocytes”, are uniquely designed to produce heat from cell respiration and produce a specialized protein called UCP1 in order to do this (we’ll learn about this later). Some white adipocytes, however, can become converted into “brown-like” adipocytes. In other words, they start producing the UCP1 protein and become capable of thermogenesis. These cells are known as “beige” or “brite” adipocytes.

The process of converting white adipocytes into beige adipocytes is known as “browning.” “Browning” is likely to be a beneficial adaptive response, and it occurs in response to sustained cold exposure and exercise.

How does non-shivering thermogenesis produce heat?

Brown adipose tissue is so-called because it appears brown, largely due to the presence of high amounts of mitochondria.

The mitochondria of brown adipose tissue, however, produce a unique protein called uncoupling protein 1 or UCP1. This protein helps to “uncouple” cell respiration from the production of ATP, causing mitochondria to convert chemical energy into heat energy instead.

Things get a bit complicated here, so we’ll try to keep everything as simple as possible. During the electron transport chain stage of respiration, mitochondria essentially convert electrical energy from the movement of charged particles into chemical energy in the form of ATP. When hydrogen ions [H+] (also known as protons), which are particles carrying electrical charge, move across the inner mitochondrial membrane, ATP is generated.

More specifically, during the electron transport chain, H+ ions are pumped from the matrix across the inner mitochondrial membrane into the intermembrane space. This creates a voltage or potential difference – a bit like that in a battery.

The H+ ions are then allowed to move back (down a voltage gradient) into the matrix, but only through a specially designed enzyme called ATP synthase. ATP synthase behaves a bit like a turbine in a dam. As hydrogen ions move back across the inner mitochondrial membrane, part of the ATP synthase enzyme spins like a rotor. This spinning movement then catalyzes the production of ATP – our cells’ energy currency. In this respect, we say that the ATP synthase enzyme “couples” the movement of H+ ions (a form of electrical energy) to the production of ATP (a form of chemical energy).

As explained above, during cell respiration, H+ ions moving through the inner mitochondrial membrane are usually forced to go through the ATP synthase enzyme – thereby producing ATP.

In terms of energy conversion, this converts electrical energy into chemical energy.

UCP1 allows H+ ions to move back into the matrix without going through the ATP synthase enzyme. It therefore “uncouples” the movement of H+ ions from the production of ATP.

This process is known as mitochondrial uncoupling or proton leak. Again, in terms of energy conversion, this means less electrical energy gets converted into chemical energy.

According to the first law of thermodynamics, however: energy cannot be destroyed; only converted from one form into another. Consequently, instead of being converted into chemical energy, the electrical energy from the movement of H+ ions through uncoupling proteins gets converted into heat energy. This then warms the body up.

There are different types of uncoupling proteins (UCPs), including: UCP1, UCP2, UCP3, UCP4 and UCP5.

UCP1 is primarily involved in non-shivering thermogenesis and is unique to mitochondria in brown adipose tissue.

UCP1 gets activated by fatty acids (which are one of the major building blocks of fat).

During non-shivering thermogenesis, brown adipose tissue breaks down fat into fatty acids. This process eventually feeds into the electron transport chain stage of respiration (as explained above), and causes H+ ions to be pumped across the inner mitochondrial membrane. As these ions then return through the activated UCP1 channels, they generate heat energy. Putting these steps together, we can think of brown adipose tissue as being able to literally “burn” fat to keep us warm.

Exposure to cold, exercise and stimulation of sympathetic nerves (which are responsible for the fight-or-flight response) may also stimulate fat burning in brown adipose tissue and activatie the UCP1 protein.

“Calories in versus calories out”

You’ve probably heard that adage before, and while human metabolism is much more complicated than this simple line may suggest, it’s essentially true.

Whether we gain or lose weight depends on our overall energy balance: the difference between our energy intake from food (i.e. calories in) and our energy expenditure on processes we need to survive, grow and move (i.e. calories out).

Our energy balance is simply calculated with the following formula:

When our energy intake is higher than the amount of energy we expend (i.e. we have a positive energy balance), then we store the excess energy (predominantly as fat) and end up gaining weight. We know that our energy intake depends on what and how much food we eat.  But, what exactly do we spend our energy on?

There are three broad sources of energy expenditure:

If we have an “efficient metabolism”, however, we spend / “waste” less chemical energy on uncoupling to generate heat. This means our basal metabolic rate is lower and, all other things being equal, we will have lower total energy expenditure.

By contrast, people with an “inefficient metabolism” spend more energy on uncoupling. They will therefore have a greater basal metabolic rate and, all other things being equal, a higher total energy expenditure. This puts them at lower risk of storing excess energy as fat and weight gain. The downside, however, is such individuals may less efficiently generate chemical energy for exercise and muscle building.

Your latest trait analyzes variants of your UCP1 gene, which encodes the UCP1 uncoupling protein.

Variants of this gene affect the expression of the UCP1 protein in brown adipose tissue and therefore influence your rate of mitochondrial uncoupling / non-shivering thermogenesis. In turn, this affects your metabolic efficiency, which itself can alter your risk of weight gain.

Studies suggest that gene variants associated with lower expression and activity of UCP1 protein lead to less uncoupling and therefore more efficient metabolism. This increases the risk of overweight and obesity.

Regardless of your genes, there are several lifestyle changes you can make to alter the expression of UCP1 protein. Be sure to check out your personalized actions in the Metabolic Efficiency and UCP1 trait.