How much energy do I use each day?

Like other living organisms, we use energy to move, grow, reproduce, break down and use nutrients, and carry out other essential biochemical processes that allow us to sustain life.

The total amount of energy that we use each day for these processes is known as our total energy expenditure (TEE).

There are three main components of our total energy expenditure: Our total energy expenditure is the sum of these three components:

The SI units for energy (energy expenditure) are joules (J), but most of us are perhaps more familiar with calories (kcals). One calorie (kcal) is equivalent to 4.184 kJ of energy. *

Another way of looking at your total energy expenditure, then, is to say that it’s simply the total number of calories (kcals) you burn each day.

(*To confuse matters, 1 kcal (kilocalorie) is known as ‘large calorie’ (sometimes denoted Calorie with a capital ‘C’). A small calorie (cal) is one thousandth of a large calorie and is equivalent to amount of energy required to raise the temperature of 1 gram (g) of water by 1º Celsius (º C). For simplicity, we will use the term ‘calorie’ to mean ‘kcal’).

How do I lose weight?

In order to expend energy on movement, growth, digestion, and all the other processes that make up our total energy expenditure (described previously), we first need to take in energy. We of course do this by eating food, which contains chemical energy (measured in calories). The total amount of calories we consume in food each day is known as our energy intake.

The difference between our energy intake and total energy expenditure is known as our energy balance. You may have heard this more popularly referred to as the ‘Calories in vs. calories out’ equation.

According to the first law of thermodynamics, (also known as the principle of conservation of energy), energy cannot be created or destroyed, it can only be converted from one form into another. The human body is no exception to this law.

If we were to go for a run, for example, the chemical energy from our food gets converted into kinetic energy as we move, while some gets turned into (“lost” as) heat energy. The total energy of the system, however, remains the same.

It’s easy to see this thermodynamic law being obeyed when we have a perfect energy balance – that, is when Energy intake = Total Energy Expenditure.

But, what happens when energy intake is not equal to (i.e. greater than or less than) total energy expenditure?

So, what happens to the excess energy we’ve consumed?

Remember that the first law of thermodynamics dictates that we cannot simply destroy this excess energy. Instead, the excess energy gets stored as chemical energy in the body.

Consequently, when our energy intake exceeds our total energy expenditure, we end up gaining weight. Much of this weight gain is due to increases in body fat, with studies suggesting that body fat accounts for 60-80% of weight gain.

From an evolutionary perspective, this is because fat is a very useful, highly concentrated energy store, with a gram of anhydrous fat providing more than 6 times as much energy as a gram of glycogen.

Consequently, we mainly store excess energy as fat, with the typical 70kg man having 100,000 kcals of chemical energy stored as fat (triglycerides), 25,000 kcals as protein (mainly in muscle), 600 kcals as glycogen, and 40 kcal in glucose. When our total energy expenditure exceeds our energy intake, it is known as a negative energy balance or energy/caloric deficit.

Again, the question arises: how can we spend energy that we haven’t taken in through our food?

The answer is that we use our body’s energy stores. For example, we may break down fat (triglyceride) stores into fatty acids, and then, through a process called fat oxidation, burn these to release energy.

As a result of breaking down these energy stores, a negative energy balance causes us to lose weight. Studies suggest that between 60 and 80% of this weight loss is attributable to reductions in body fat.

The bottom line of all this is that, thermodynamically speaking, if we want to lose weight, our total energy expenditure needs to be higher than our energy intake.

What is Basal Metabolic Rate (BMR)?

As mentioned earlier, your basal metabolic rate makes up the biggest portion (60-80%) of your total energy expenditure.

What factors affect my BMR?

Several different lifestyle and genetic factors can influence your basal metabolic rate. Some of these include:

Generally speaking, the main determinant of your basal metabolic rate is your body mass. The heavier you are, the higher your BMR as you expend more energy to meet the needs of more cells in your body. On a similar note, your BMR rises with your height too.

Another way of phrasing this is to say that BMR positively correlates with your fat-free mass (i.e. muscle, bone, internal organs, connective tissue – basically anything that isn’t fat). This is illustrated in the graph below. Women tend to have lower BMRs compared to men. This is largely due to differences in body composition, with men typically having greater muscle mass then women.

Your BMR tends to decrease as you get older due to losses in muscle mass, hormonal, and other age-related physiological changes.

Many of the chemical reactions that make up our basal metabolism generate heat energy. Making use of this, we have evolved to increase our basal metabolic rate to warm the body when the ambient temperature is cold. This process is known as non-shivering thermogenesis.

Your genetic make-up has a significant influence on your basal metabolic rate. One study suggested that BMR has a heritability of 40%. This means that 40% of the variation in BMR can be explained by genetic differences. Variants of single genes, such as your UCP2 gene (the subject of this trait), contribute to these genetic differences.

How do I calculate my BMR?

Given the impact of the previously-described factors on BMR, several different formulae have been created to estimate a person’s BMR. Two of the most widely-used formulae are the Harris-Benedict Equation and the Mifflin St Jeor Equation.

Both equations factor in the effects of sex, weight, height, and age on BMR.

How does BMR affect weight loss?

In turn, a higher total energy expenditure will make it easier to attain a negative energy balance and lose weight. Putting these together, weight loss ought to be easier for someone with a higher BMR, who burns more calories at rest, compared to someone with a lower BMR.

Conversely, a lower BMR may make it more difficult to lose weight. Furthermore, a person with low BMR ought to achieve a positive energy balance more easily and therefore be at greater risk of weight gain.

In line with this, a study of Pima Indians showed that lower BMR (adjusted for fat-free mass and fat mass) was associated with greater weight-gain over a 2 year period. Similarly, a meta-analysis found that people who were formerly obese had an adjusted BMR that was 3-5% lower compared to normal weight control subjects.

It’s important to bear in mind that, in practice, the relationship between BMR, energy balance and weight loss is more complicated than as suggested above.

If you’re looking to lose weight, strategies such as diet (which targets energy intake) and exercise (which targets activity-induced energy expenditure) are much more viable than trying to enhance your basal metabolic rate.

Secondly, remember that your BMR changes as you gain or lose weight. If you successfully lose weight, your BMR will drop as your fat and fat-free mass drop. This is shown in the diagram below. Thirdly, the impact of differences in BMR on adiposity (the relative amount of fat or ‘adipose’ tissue) is complex. Some studies have found that having a BMR that is significantly higher or lower than predicted by weight, height, sex, and age does not influence body fat percentage.

We’ve encountered this protein before in your Fuel usage (UCP2) trait. Readers are encouraged to revisit the accompanying blog article for a more in-depth overview of how the protein works in mitochondria.

When it comes to energy balance, UCP2 regulates the way mitochondria use glucose and fats to yield chemical energy. Generally speaking, greater burning or ‘oxidation’ of glucose and fats as fuel will increase our total energy expenditure.

Furthermore, UCP2 indirectly activates a receptor called the melanocortin-4 receptor, which stimulates brain circuits (located in a part of the brain called the hypothalamus) that inhibit food (energy) intake and increase our basal metabolic rate.

UCP2 also plays a role in insulin secretion. Insulin is a hormone that affects glucose and fat metabolism and influences how we store energy.

The UCP2 protein is encoded by your UCP2 gene. Your Basal Metabolic Rate (UCP2) trait looks at different variants of your UCP2 gene that have been shown to affect energy balance.

Some variants of the UCP2 gene are associated with changes in the levels of UCP2 protein produced in different tissues.

We say that these gene variants are associated with changes in gene expression – the process by which the instructions in our DNA are used to make proteins.

It is thought that higher expression of the UCP2 gene, which leads to higher UCP2 protein levels in muscle and adipose tissue, is associated with a higher basal metabolic rate.

On this note, a SNP (Single Nucleotide Polymorphism) of the UCP2 gene, designated rs659366, creates two different gene variants or ‘alleles’: the ‘G’ allele and the ‘A’ allele.

The ‘A’ allele is shown to elevate UCP2 expression and protein levels; and has been linked to increased basal metabolic rate and fat oxidation in various populations.

Various other UCP2 gene variants, such as those created by the rs660339 SNP and the 45-bp insertion/deletion polymorphism, are also shown to alter UCP2 expression and influence BMR.

For example, a study of Pima Indians found that those with UCP2 gene variants linked to increased UCP2 expression had higher BMRs, burning, on average, about 150 kcals more per day.

A small study showed that UCP2 gene expression is positively correlated with weight loss when following a six-week low-calorie diet. As shown in the graphs below, people with higher levels of UCP2 expression also experienced greater absolute and percentage weight-loss. It is possible that gene variants associated with higher UCP2 gene expression facilitate greater weight loss, although more research is needed to establish this.

Other studies have also found that gene variants linked to higher UCP2 expression, such as the ‘A’ allele created by the rs659366 SNP, are associated with greater weight-loss in response to gastric bypass and gastric banding surgery.

Your Basal Metabolic Rate (UCP2) trait analyses several different variants of your UCP2 gene, including those created by rs659366, rs660339, and the 3’UTR 45-bp insertion/deletion polymorphism.

Based on these gene variants, you will be classified into one of three groups:

To find out your result, please login to truefeed. 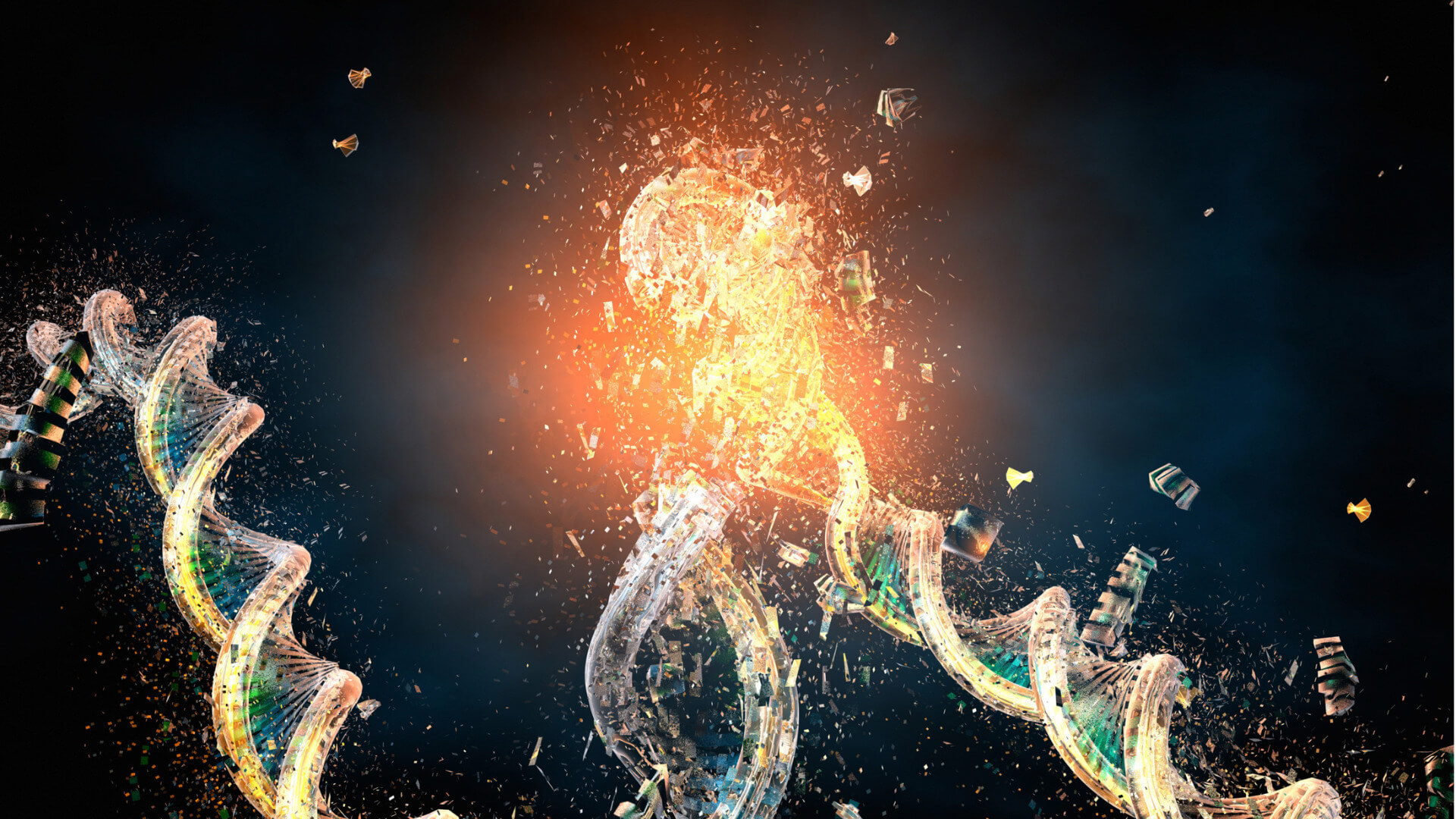 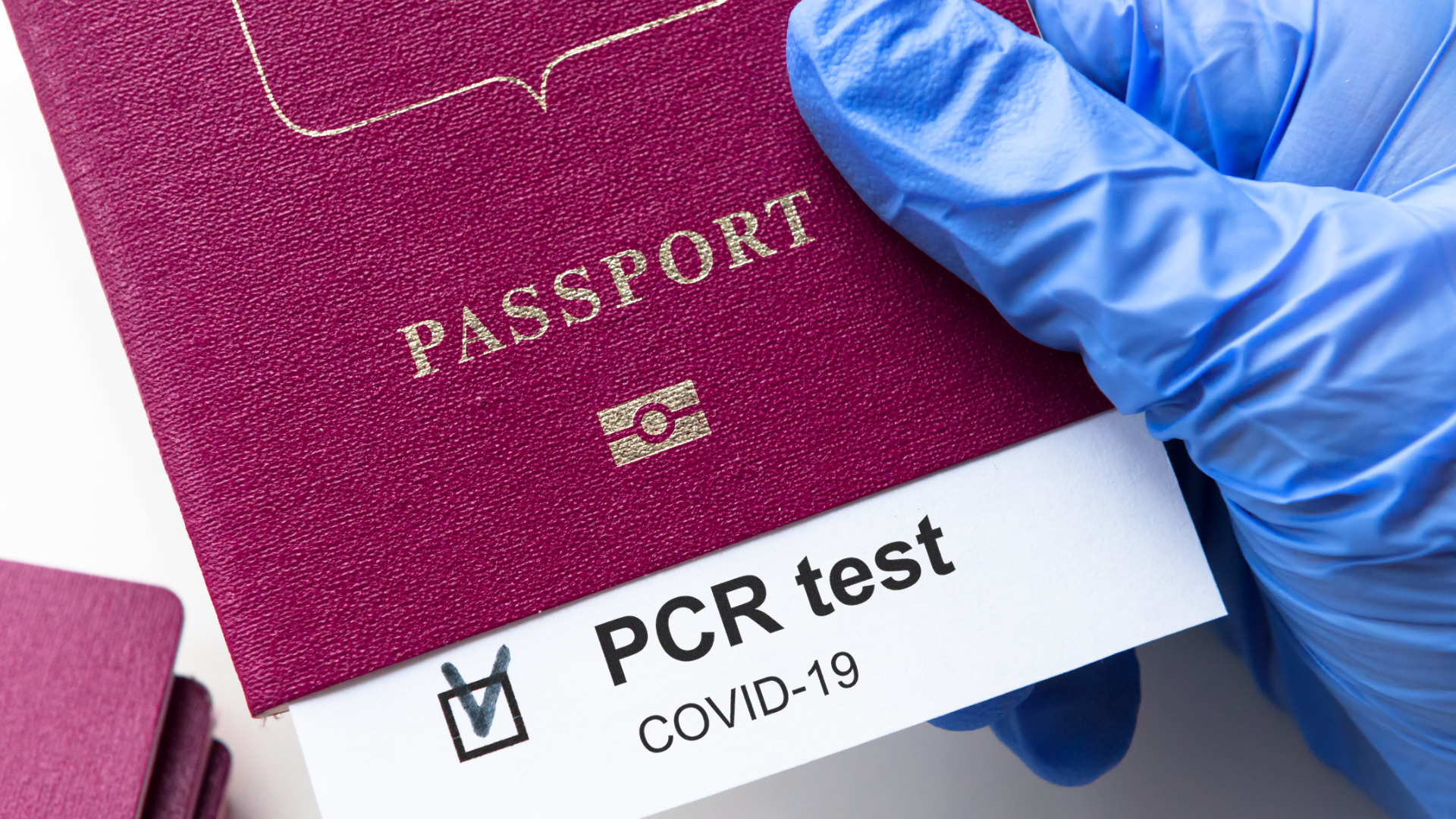 FitnessGenes are now part of the Test to Release Scheme