Ketchup on your facts about tomatoes! 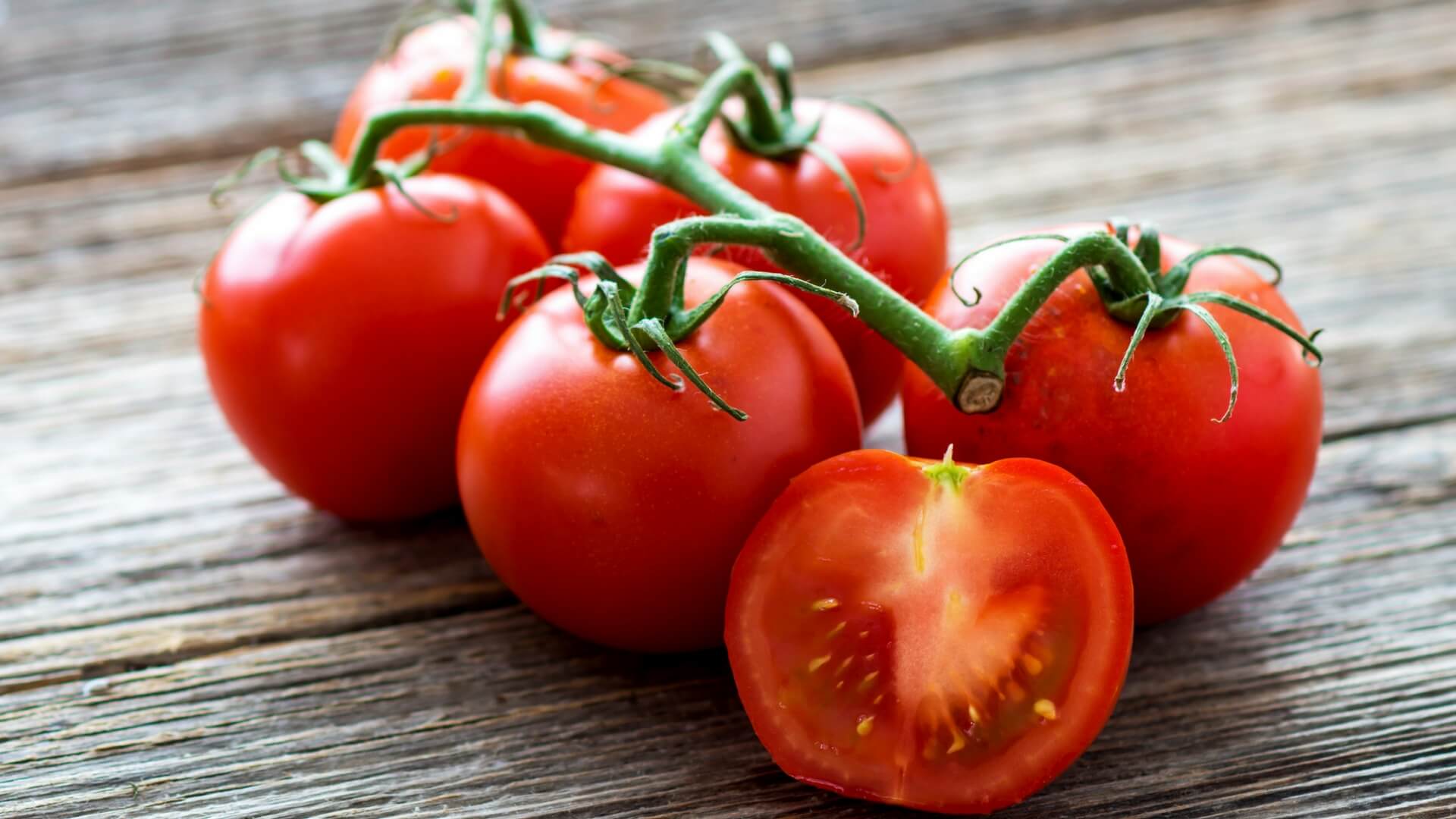 Are they a fruit or a vegetable? Are they a “to-may-to” or a “to-mah-to”? Do you eat them raw or processed? Are organic tomatoes worth the premium price? Should you keep them in the fridge? Why are they so popular and why should you eat them in the first place? Let’s take a look at one of the world’s most widely consumed, most frequently misspelled, and most beneficial foods - the tomato.

Regardless of which version of English you speak, the “to-may-to” / “to-mah-to” is actually a berry, and therefore a fruit, despite being sold and eaten as a vegetable. There are over 7,000 different types of tomatoes grown around the world, in a bewildering array of sizes, colors, shapes, flavors, and consistencies. It is believed that wild tomatoes were growing in the Andes mountains as well as Mexico, and brought back to Europe during the period of Spanish colonization of the Americas during the 1500’s. Tomatoes grow easily in warm climates and therefore were rapidly cultivated as Europeans colonized various parts of the globe.

Tomatoes are commonly associated with southern European countries and the Mediterranean Diet, however the world’s largest producers are China, India, and the USA. While these 3 countries produce mostly for their own domestic consumption, tomato exports are led by Mexico, several EU countries (led by Dutch hothouse production), and then north African countries like Egypt and Morocco as well as Turkey. About 2/3rds of the world’s tomato production is for fresh produce, with the remaining 1/3rd for processed varieties like tomato paste, various formats of canned tomatoes and pre-made sauces, and much to the chagrin of sneering gourmets, ketchup.

Tomatoes are one of the rare foods where the processed varieties may actually outperform the fresh option from both the flavor and nutritional aspects. At the risk of over-generalizing, mass-produced, highly traveled, fresh tomatoes are often flavorless because they are picked too early, artificially ripened, and refrigerated for ‘freshness’. Tomatoes are easy to grow, but they are difficult to cultivate. Humans love tomatoes, but so do insects and other animals. As such, tomatoes are often sprayed with pesticides or grown in hothouses, but from both the taste and nutritional perspectives, you are substantially better off buying vine-ripened, organic tomatoes, ideally unrefrigerated, and ideally from your local farmer’s market, (or from your own garden if you are so inclined). Once you’ve tasted a fresh, local tomato, you’ll never go back to the standard supermarket variety.

While you’re not going to put a canned tomato into a fresh salad or on a sandwich, cooking with canned tomatoes is often the best choice.  Once you find a brand whose flavor you like, you can often find a full range of delicious canned/bottled tomato products that are extremely versatile to cook with and may offer higher health benefits than the fresh varieties. N.B. By canned/bottled tomato products, I am referring to 100% pure tomatoes, not prepared pasta/pizza sauces that are loaded with sugar, additives, preservatives, etc.

Tomatoes are a rich source of phytonutrients and contain all four major carotenoids: alpha- and beta-carotene, lutein, and lycopene, all of which have individual and collective benefits. Tomatoes are hailed for their high lycopene content, as lycopene is believed to have the highest antioxidant activity of all the carotenoids. A variety of studies have shown that processed tomato products contain higher and more concentrated lycopene levels than their fresh counterparts, hence the above references to the benefits of canned/bottled tomatoes. Ketchup has one of the highest lycopene contents of any tomato product but beware of the salt and sugar content in the major brands. Look for more “boutique” brands of ketchup that are lower in salt, sugar, preservatives and other nasties. Alternatively, try making ketchup yourself. It is surprisingly easy, very tasty, and it’s obviously much easier to control what goes into the mix, giving you all the benefits of the highly concentrated lycopene, with none of the unwanted additives.

Around the world, numerous large studies have linked lycopene consumption with reduced risk of heart disease as well as prostate and several other types of cancers (lung, pancreatic, breast, cervical, stomach, colo-rectal). Lycopene has also been linked with increased bone density, which is particularly important for women of menopausal age. Interestingly, when tomatoes are eaten along with healthy fats, like avocado or olive oil, the body's absorption of the carotenoids can increase by two to 15 times. The Mediterranean Diet, widely and justifiably considered to be very healthy is loaded with tomatoes, avocados, and olive oil, as is this week’s delicious FitnessGenes recipe, avocado and tomato courgetti. The overall array and high concentration of phytonutrients in tomatoes make them one of the most heart-healthy foods available, with countless studies linking them to improved blood cholesterol and triglyceride levels, not to mention decreasing the risk of strokes.

Rich in vitamins and minerals

Tomatoes are rich in free-radical fighting vitamins A, C, and E as well as the essential mineral potassium. Potassium acts as a vasodilator and is beneficial for reducing blood pressure, adding to tomato’s heart-healthy attributes. High potassium intakes are also associated with a reduced risk of stroke, protection against loss of muscle mass, preservation of bone mineral density and reduction in the formation of kidney stones. The immunity boosting, antioxidant properties of vitamin C probably does not require any explanation, but vitamin C is important for another reason - it is vital for the production of collagen in the skin, hair and nails. Low levels of vitamin C and therefore low levels of collagen are linked with numerous oxidative-damage related issues with the skin, hair, and nails, so when you think of beautiful Italian women or handsome Italian men, you may partially credit their good looks to their high tomato consumption.

Tomatoes are fairly rich in folic acid, essential for women before and during pregnancy. Folic acid isn’t only beneficial to women, as it helps prevent excess homocysteine levels in the body. Excess homocysteine levels have been linked with disrupted hormonal functions that can interfere with normal sleep patterns and mood regulation (eg. eat tomatoes to keep from becoming tired and grumpy). If you enjoyed this article, please check out my other FitnessGenes food blogs:

Out of the kitchen, I also cover the following topics for FitnessGenes:

Savings, Longevity, and the Year in Fitness

3 Pro-basketball players in the same family?

A genetic overview of an Olympic rower

5 things I learned from my DNA test

References and for further reading: