Why carb crashing is not the secret to weight loss 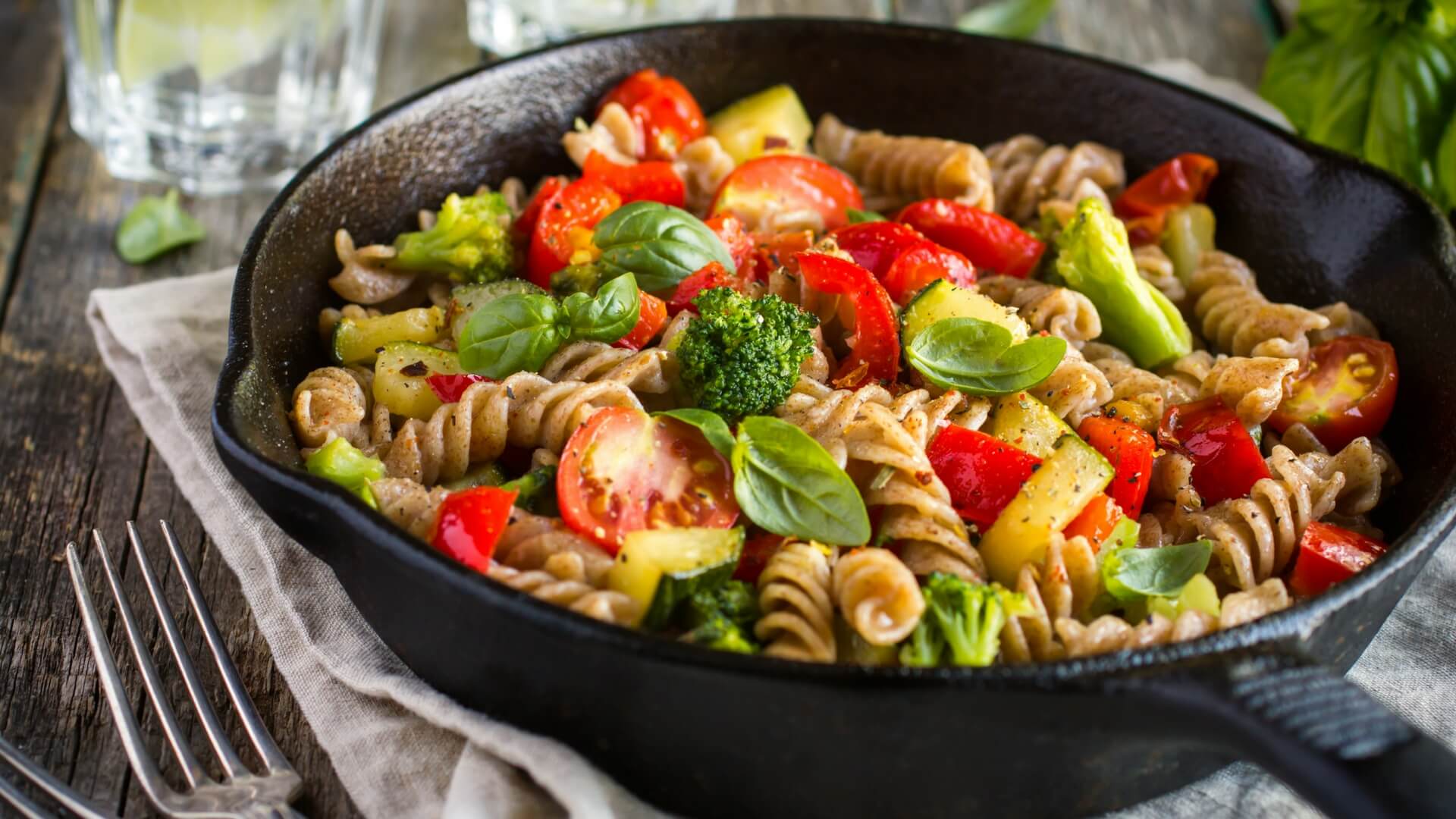 We get lots of great questions through our help-desk every day on nutrition or training, genetics, sports, or exercise science. Some people contact us because they need extra motivation to stay on track, while others challenge the approach or recommendations we make at FitnessGenes.

We love the challenging questions that force us to continually interrogate our methods and advice. Despite the plethora of Ph.D.’s and accomplished academics and researchers on our team, we can't possibly know everything, especially since the science and technology in the field of genetics and how it pertains to health and fitness is evolving on a daily basis.

Of course there are times when the challenging questions aren’t particularly helpful, especially when they are based on personal biases at the extreme ends of the spectrum. This normally happens with an ‘advocate’ for a particular type of training or way of eating. We all know someone at the gym who swears by and only uses one particular exercise for a body part or who preaches the benefits of one form of cardio and dismisses everything else. When it comes to diet, some people are even more extreme and react angrily when recommended to eat differently to how they believe they should eat.

Sorry for the long-winded intro but the question that often causes the most fuss is the one I want to address here: why is my carbohydrate recommendation so high?

“I can't possibly eat that many carbs, I'll get fat!"

This article isn't to dismiss low carbohydrate diets for weight loss. Low carb diets can work but it is the reduction in total calories and eating below your maintenance calories which results in the loss of weight and body fat, not just a reduction in carbohydrates. A low-carb diet might also be better for some people for both fat loss and maintaining a healthy weight because it helps them adhere to a healthier way of eating (i.e. – making better food choices) and the increased fat and/or protein intake might increase satiety levels and prevent them overeating. Low-carb diets might also make some people feel more energetic and spritely, making their workouts more fun and something they look forward to. In contrast though, other people might feel utterly terrible: unable to concentrate (foggy head), no energy to perform adequately in the gym, make poor food choices, crave carbohydrates and be unable to adhere to their plan.

So, if it's not the diet I want to address then what is it? It is the idea that “carbs will make you fat” and the carb-phobia that some people now have. I will be bold and say categorically that carbs alone do not make you fat. It is the number of calories you consume versus the amount of energy you expend over a prolonged period which will make you either gain or lose weight.

I don't want to just rant about carbohydrates and fat gain. I also want to explain my position by introducing a process which all our bodies perform: de novo lipogenesis (DNL). This is the metabolic process by which our bodies convert excess carbohydrates into fatty acids which are then incorporated into triglycerides for energy storage in both the liver and adipose tissue (subcutaneous fat). So yes, carbs can be converted into and stored as fat in our bodies however the rate at which this occurs is much lower and less significant than people who see carbs as the enemy would have you believe. I often see it written in other blogs in a way that would suggest that any carbohydrate not burned or stored in the liver or muscles as glycogen will be immediately converted and stored as fat in adipose tissue.

Numerous studies in which participants were over-fed and given excess carbohydrates show that DNL only makes a small contribution to any increase in total fat stores and does not account for the entire increase in body fat.

So, if the excess carbs are not turned into fat then does this mean I can eat unlimited amounts of carbohydrates? No, during overfeeding of carbs there is increased carbohydrate oxidation and a reduction in fat oxidation (or fat used for energy) resulting in a positive fat balance and an increase in the net storage of the fat consumed from your diet.

Alternatively, an over-feed of fat will also increase fat storage. While you will burn more fat, the fact that there is more fat being consumed and total calories are still in excess means that the net fat balance is still positive and dietary fat will be stored. So unfortunately, regardless of whether the excess calories you consume come from the carbohydrates or fats, the fat balance in your body will be positive and you will gain body fat.

For both carbs and fat, the excess calories and resulting positive fat balance need to be present for a prolonged period to lead to significant increases in body fat. A single high-carb or high-fat meal or day might initially result in a transient positive fat balance and the storage of some dietary fat as body fat, but this will be balanced out throughout the rest of the day or coming days providing there isn't a prolonged excess of total calories.

Are low-fat diets better than low carb diets for maintaining a healthy weight and not putting on excess body fat? No, again it is not so straightforward. If we overeat but consumed very little fat and mostly carbs, we might potentially get less body fat than if we ate a greater proportion of dietary fat. However, this is unrealistic as fats are important for other processes and are not just used for energy. We need them to produce hormones, cellular membranes, and for nutrient uptake. Although DNL increases when dietary fat is extremely low it might not necessarily be able to provide all the fat our bodies need. This is especially true in terms of the essential fatty acids that our bodies cannot produce and must be consumed through our diet. A prolonged extremely low-fat diet would lead to an unhealthy physiology and eventually death.

Now some might be asking: what about protein? The short answer is that an excess of total calories from protein will behave in a comparable manner to carbohydrates. Protein oxidation will increase while fat oxidation decreases leading to a positive fat balance and net storage of fat.

What do all successful weight loss diets have in common?

They all create an energy deficit over a prolonged period of time leading to a negative fat balance and a reduction in total body fat. As I mentioned earlier, there isn't a single successful way of decreasing caloric intake and different approaches will work for different people. You don't need to be extreme or completely avoid consuming one of the macronutrients. Each macro has a unique effect on the body so altering the ratios will be beneficial for different people.

This is what we do at FitnessGenes. Genetically, we know that some people in a calorie deficit struggle much more with hunger then others, and consuming slightly more protein will help these people feel fuller for longer between meals.

Other strategies such as increased fat intake or consumption of soluble fiber can help slow digestion and increase satiety, helping people eat less overall. Some people will need a more carbohydrate-rich diet to fuel their workouts while others, especially if they are obese, might benefit initially from consuming less.

There isn't a single way to diet but at FitnessGenes we always make sensible, evidence led dietary recommendations that are healthy and sustainable for the long term and we won't endorse extreme diets of any variety.

If you enjoyed this article, you can find my other blog posts here:

How food affects your mood

What type of body fat do you carry? 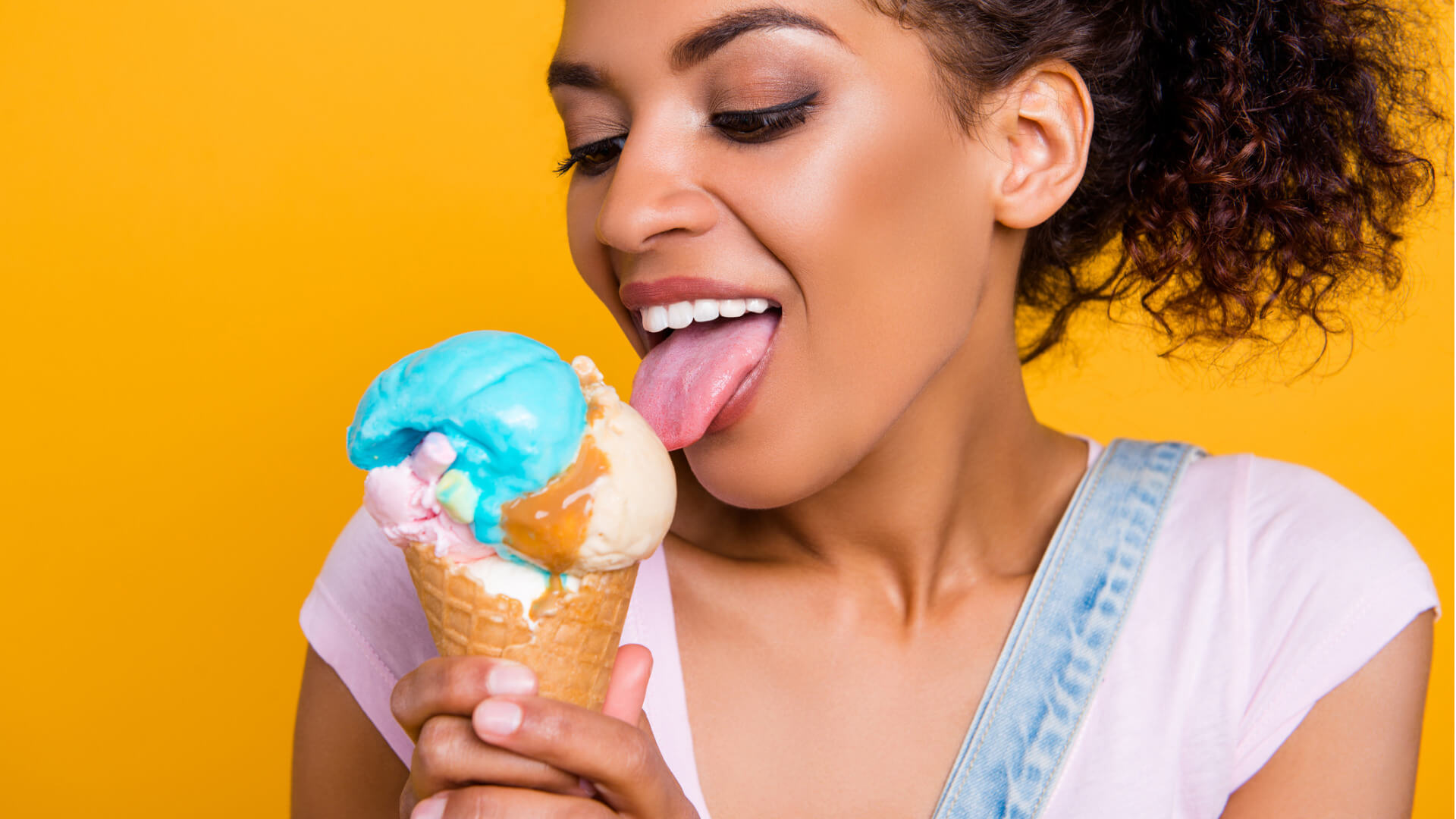 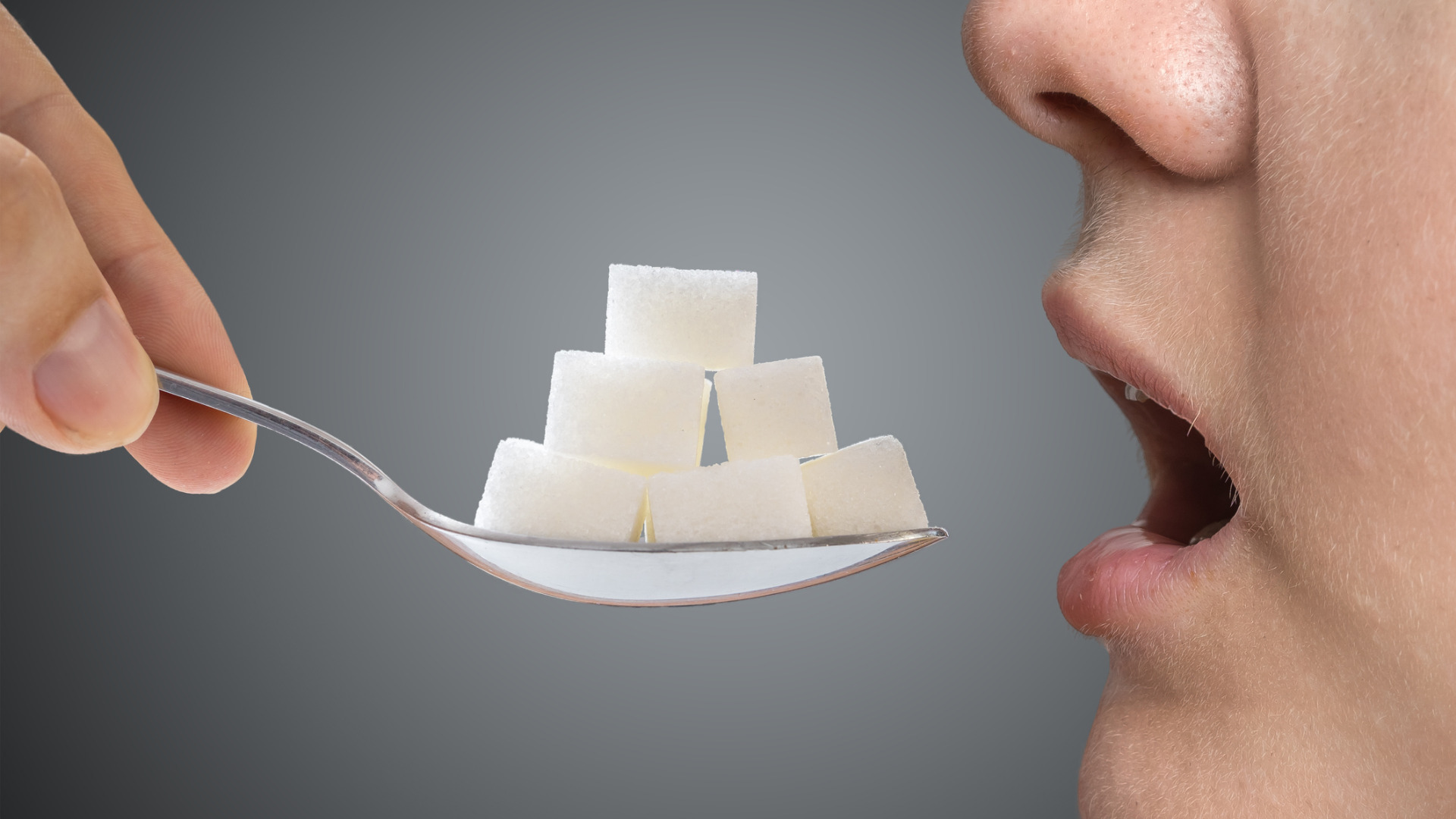 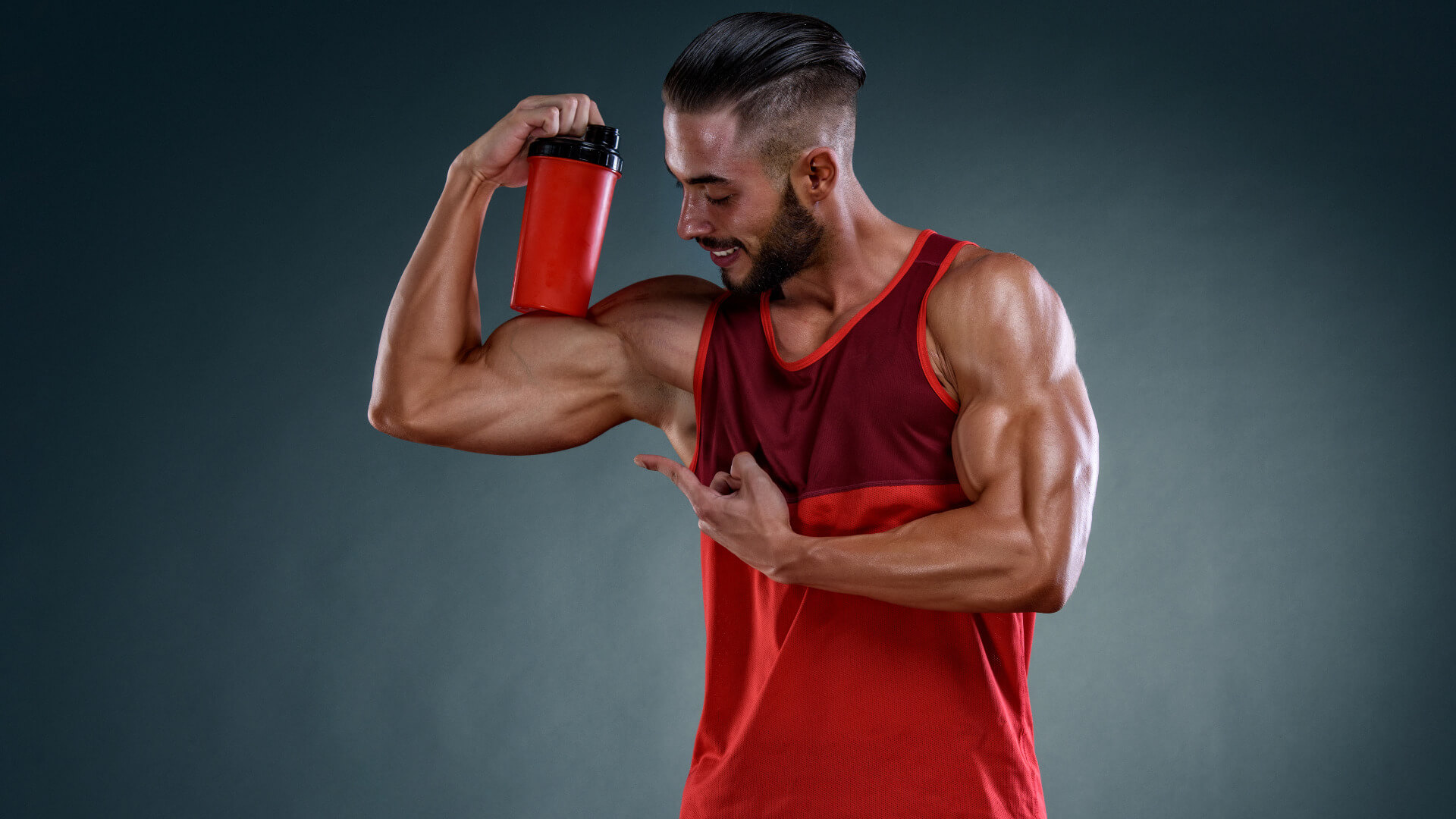